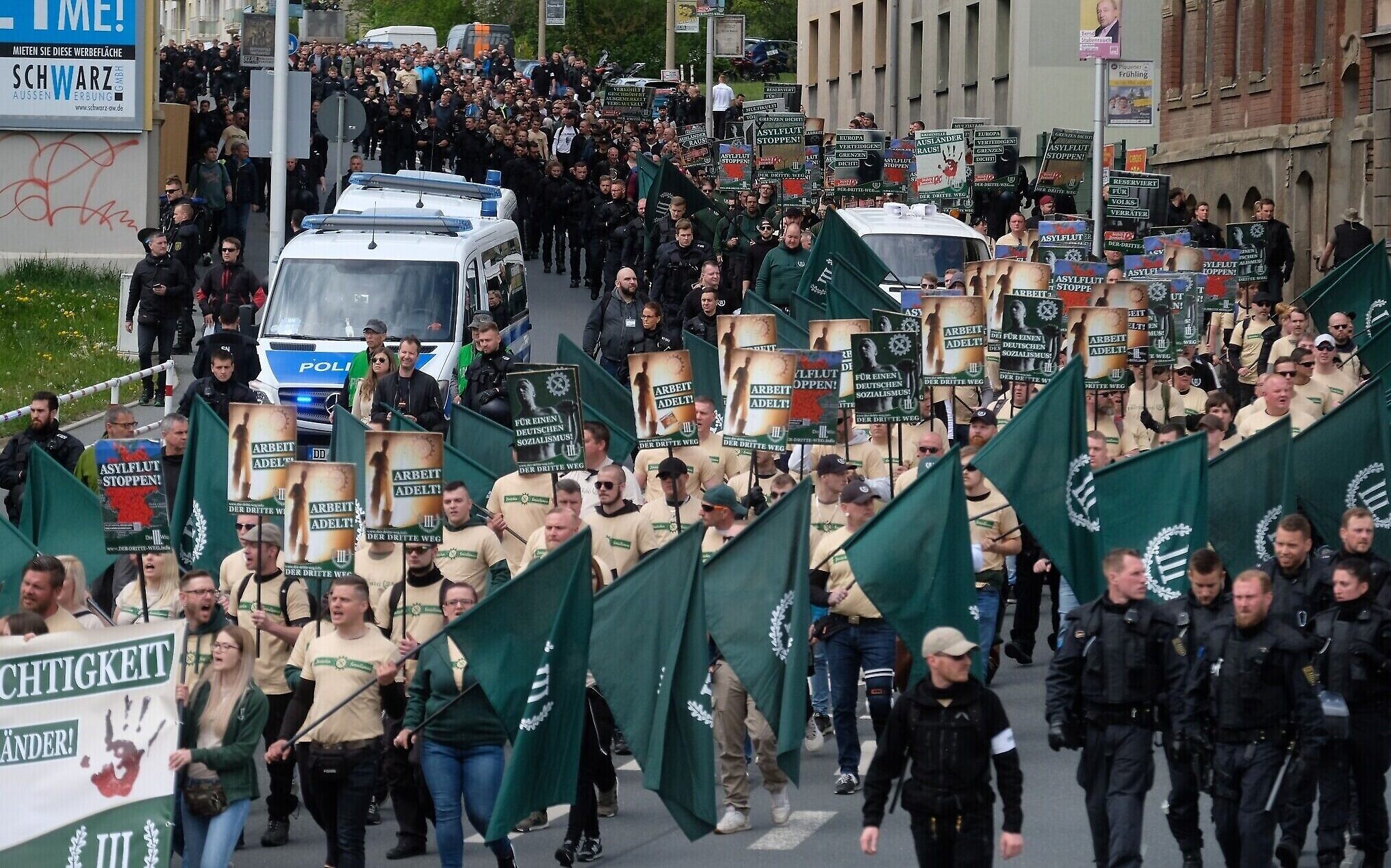 An annual report on extremism in Germany released Thursday estimates the number of right-wing extremists in the country at 32,080 last year. This is an increase of almost 8,000 compared to the figure of 24,100 recorded in 2018.

The report, released by the BfV domestic intelligence agency, includes for the first time around 7,000 members of the Alternative for Germany party's youth section and a radical faction known as The Wing. Both have come under heightened scrutiny from the BfV because of their perceived extremist tendencies.

German authorities vowed to step up measures against far-right extremism following the killing of a regional politician by a suspected neo-Nazi, an attack on a synagogue in Halle and the fatal shooting of nine people in Hanau over the past year.

“(Far-right extremism) is the biggest security policy challenge in our country,” Interior Minister Horst Seehofer told reporters at the presentation of the report in Berlin.

Authorities in Munich announced that they have searched premises linked to 12 German citizens in three states and neighboring Austria on suspicion of smuggling weapons into the country. The suspects are affiliated with the far right and the Reich Citizens movement, a loose grouping that denies the legitimacy of the current German state.

If only we could inspire this many people to get off their asses and take action.  Believe me, the only thing that is preventing the ANP from taking action is a lack of participants.

If we had this many people (and more) who would be willing to literally stand and fight, we could stand up to the BLM mobs with our own mobs (better ours than theirs) and put them in their place.

I checked the stats on my blog a few minutes ago.  In the last 24 hours I had nearly 1000 visitors (no bullshit).  Even if everyone of them was willing to stand, it would still not be enough.  If everyone of them talked to ten people and convinced five to stand, that, along with all the other pro-White groups in this country, we might have a chance to stand and fight at least in a few cities.  Once we showed others we can win, then our membership would simply explode.  With them, plus sympathizers who will stand, but for their own reason don't want to officially join, we can show these Marxists that this country is ours, not theirs.

Yes, I'm asking for volunteers.  Take action and join.  If you want to fight for your race then email staff@americannaziparty.com and we can get you signed up.  If Biden wins in November, then we'll really have to fight.  You see, the end of our race is closer than you'd like to think.  We won't simply disappear, but the point of no return will literally be a few years off.  The only one who can stop it is the face in the mirror.

Our membership is growing - of that you can be assured.  But our growth may be too slow.  We need many more White men and women who will stand and fight.

As Commander Rockwell said, "What will it take to make you stand and fight, White man?!"