Whites Cheer The End Of Their Own Race

Anyway, today I came home for lunch and I turned on the TV.  Before I turned on the DVD player and put the disc in, that openly queer Anderson Cooper came on.  One of his audience members - a White woman - was complaining about all the air time given to the Kardashian sisters.  She said she doesn't want her daughters seeing all these White women pretending to be ethnic on TV all the time.  She wants them to see Blacks, Latinos and Asians.  I was just furious.

This race traitor for one thing,  is teaching her daughters to hate their own race!  For another, she's teaching her kids that the Kardashians are White, when they are not only Jews, but even if they weren't Jewish, they are so obviously non-Aryan Armenians.  Just look at them. 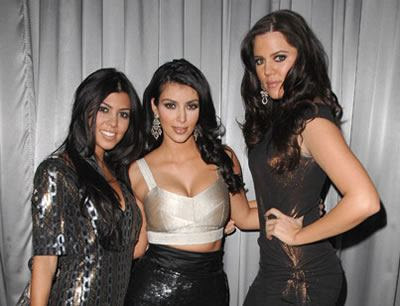 They don't look very White to me.

But anyway, that woman, like so many others is preaching self-hate for her own race.

The other day, another comrade was telling me about a professor  who gave a lecture to a college auditorium of mostly White students and told them that by 2040, the White race would be in the minority.  The audience actually cheered over this.

It reminded me of a scene from Star Wars III when Palpatine announced the formation of a Galactic Empire, and the Senate cheered him, and Padme said, "So this is how freedom ends - with thunderous applause."

I'll rewrite that.  So this is how the White race ends - with thunderous applause.

It doesn't have to be that way.  Those college students are victims of insidious brainwashing by their predominantly Zionist educators.  They've tricked many of us into destroying ourselves.   But we can do some educating of our own.  This is why outreach is so critical.  Let's get out there and hand out that literature.  Start blogs.  Do whatever we can (within legal means of course) to get the word out.

The best weapon we have against the enemy is not the gun, but the truth.

Reminder:  Ten more days until the URL changes to www.anp14california.blogspot.com